A common problem that musicians have had is the level of pay we receive for the amount of work we do. We all have stories on this topic, so it’s somewhat of a cliché. 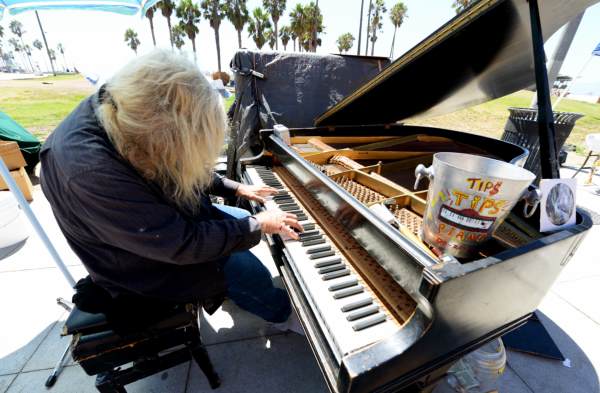 ‘ve put in years of training comparable to that of a doctor. Somebody said that it takes 10,000 hours to achieve expertise, and I figure I’ve put in at least 50,000 hours performing music. Kelly Sill tells the story that, in the 70s, a jazz gig paid $75, and, guess what!? A jazz gig today still pays $75!

In one sense, we are lucky to able to do what we do and make a living. But, lately, the possibility of making a living just playing gigs, even seven days a week, is almost impossible.

In the 90s I played a hotel lobby gig at a high-end at the rather high-end Renaissance Hotel at Wacker & State. It was a duo gig booked through an agent, and I was able to ask tenor sax player Ron DeWar to play the gig with me. He was one of my jazz heroes from college, and I couldn’t believe my good fortune!

In a short time, the gig was cut down to a piano single. This was sad, but I kept playing the gig. Then a while later I got a call from the agent, and the hotel was only willing to pay $75.

My first instinct was to quit the gig. I asked the agent if the hotel knew they were going to get fewer quality musicians for that price. She said she raised that exact point with hotel management, and their answer was, “It doesn’t matter!” I ended up staying on the gig until I got something else.

A $100 gig is still the norm, though it’s good to see the 5-6 hour gigs are quite rare now, and 3 hours is quite common. Some pianists making $300 a night in restaurants are using recordings and tracks.

A pianist at a piano bar in Traverse City told me that he has his iPod ready, so when somebody requests a song like “Brickhouse” (and they do), he plays the recording. He says he spends up to half his evening playing recordings. Other pianists have background tracks to supplement their singing and playing.

Now some of these guys are friends of mine, so I’m not going to rail against them. I’m glad they’re making a good paycheck. But, to me, it’s not fun to perform playing along with background tracks song after song. Also, as a listener, it’s just not entertaining to me.

I sometimes wonder why this works for them getting more gigs and better pay. Maybe it’s the “wow” factor, and when a pianist auditions for a clueless F & B manager, his big sound gets him hired over the other guy without tracks.

Also, some piano players are doing gigs that call for a hard-driving, in-your-face kind of performance, often without tracks. I admit the performers, audience, and management all seem to have success with it! I have occasionally done this kind of gig before, at the Redhead and other places, but it is not really in my wheelhouse, even though these gigs often pay better.

I’ve heard of gigs in Chicago where the management wants only songs from the past 15 or 20 years. That would be impossible for me, not just uncomfortable! I guess I have to accept that I’m from the old school, and I like the quieter, more intimate setting, where the standards of the 30s and 40s are the mainstay of the repertoire. These kinds of piano bar gigs are becoming rarer.

I wonder if the “in-your-face” performer feels the same bond with his audience that I experience playing the quieter style of a piano bar setting, a connection that is subtle and magical.

New Music on the Digital Frontier

This year I plan to record an album of originals, hopefully with a group of mostly Chicago musicians, in the swinging, bluesy style that I love, and that Chicago is known for.

This is a little bit of anomaly, since most “saloon pianists,” including me, are more known for interpreting standards, not originals. I have a few songs already picked out that I’ll redo from previous albums, and I have some newer tunes from a musical I wrote with my Sedona writing partner Joyce Callaway.

There is a whole new way of distributing music these days, and, it can be difficult, though some are being very successful in the digital marketplace by working hard and following the new marketing methods. I jumped in with both feet learning this new concept of digital music promotion. Promoting my music has always been difficult for me. I’m learning a lot, and I have a good feeling about it.
Wish me luck. Wish us all luck!