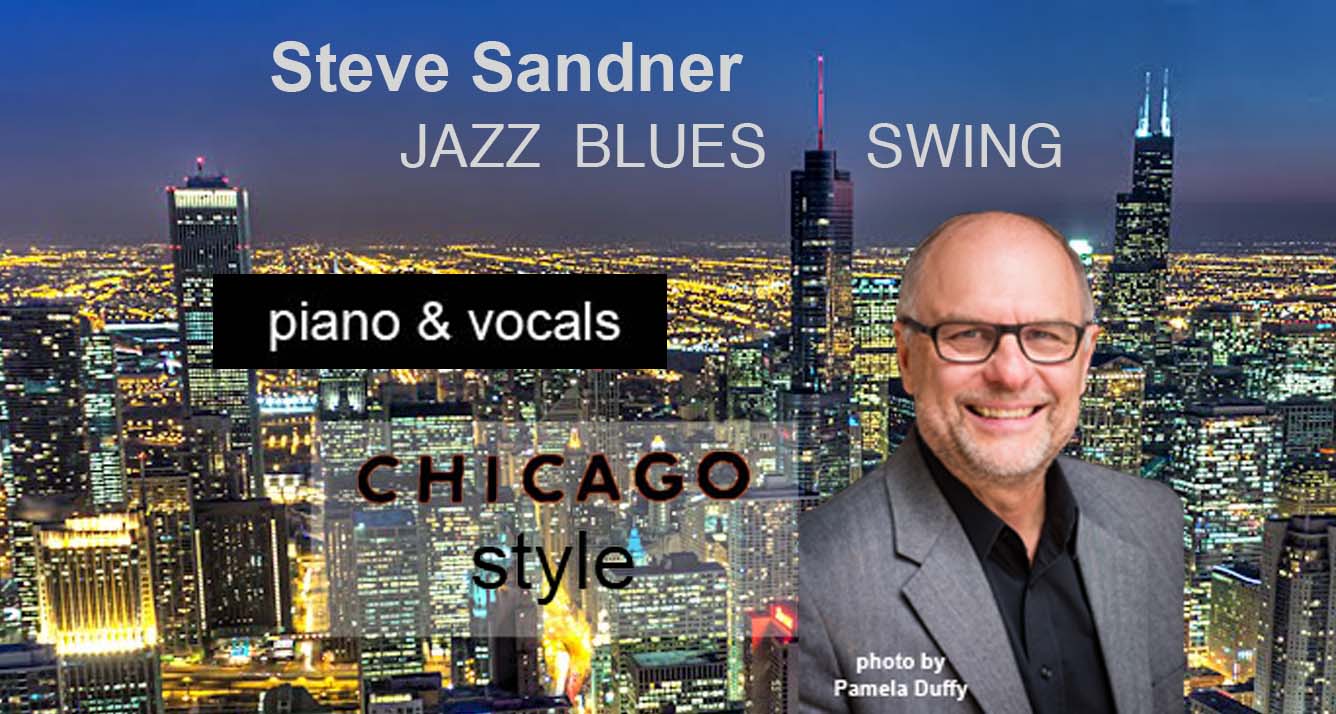 My very first gigs were in Crystal Lake in the mid-60s. My first paid gig was on May 4, 1963, and I played piano with a junior high Dixieland combo called the Mad Hatters. We each made two dollars. On that first gig with me was Steve Reinwand, aka Billy Panda, who later made his mark on the Chicago music scene as a performer and studio musician and now lives in Nashville.

I also worked many gigs with an accordion player, Jack Ness, who was not only a talented player, but he was driving age and had a car! More gigs continued in high school with schoolmates Steve Gulley, Steve Fierce, Jim Boncosky, Scott Wright; and I even played bass in a rock band with Jay Eigel and Tim McPike. I played gigs with jobbing musicians in the area, and I had additional influence from my band director Bill Laskey, a jazz tenor player who had played with Lenny Tristano. I played gigs on both trumpet and piano, and sometimes I would even hire Bill Laskey to play on my gigs. 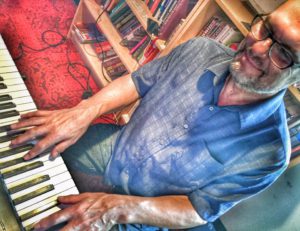 My first solo piano gig was at Crystal Lake Country Club, and Hoyt Jones, great Chicago arranger, was a member there, and he became a mentor of mine. He was NBC staff arranger and had previously arranged for Harry James and Les Brown. I sometimes switched to trumpet with Hoyt on piano, and he would play these fantastic changes.

I also did gigs on Trumpet with my dad, Wally Sandner. He was a pianist and had a small time big band, the Cavaliers, in the western suburbs in the early 40s. After the war, he played in piano lounges in Chicago. After he married my mom, who strongly suggested that he get a day job; he did, but he always played gigs weekends in the NW suburbs. He had a uniquely entertaining style and was well known for his boogie-woogie.
Summer of 1967 after graduating from high school, I had a scholarship at Berklee School of Music in Boston where I majored in trumpet. My one semester there I studied arranging and theory and played trumpet in a big band directed by John LaPorta.

A Steady Piano Gig at the “Combat Zone” Strip Club

My classmate Michael Brecker got some of us students rehearsing together on the side, and we had a memorable night as a quintet at a local club called the Unicorn. I also played piano with the J Geils Blues Band, and later played a steady piano gig at a strip club on Washington Street in the “Combat Zone.”

I also had a last-minute gig with a group of Berklee students playing behind Inez and Charlie Foxx (of “Mockingbird” fame)―I played bass! During a break in the show, Charlie gave us a stern lecture. “This band doesn’t have any soul,” he said. Our one black band member, the sax player, only barely remembered the very important interlude lick in “Knock On Wood.”

Charlie said, “There is one exception, and that’s the bass player,” and he looked at me. “But bass isn’t really your instrument, now, is it?”

It’s interesting that, seven years later, the song “Mockingbird” was covered by James Taylor and Carley Simon, and my Berklee classmate, Mike Brecker, played the sax solo on the recording. Too bad he wasn’t on that gig!

After Berklee, I started at the University of Illinois in Champagne-Urbana. I played trumpet, and some piano, in the main jazz band under the directorship of the great John Garvey. Some of the musicians in the band that year were trumpeters Cecil Bridgewater, Jim Knapp, Ken Ferrentino, and Ric Bendel; saxophonists Ron DeWar and Howie Smith; drummer Charlie Braughm; and pianist Jim McNeeley. There were also little combos and bands among the musicians, and we would often play gigs together.